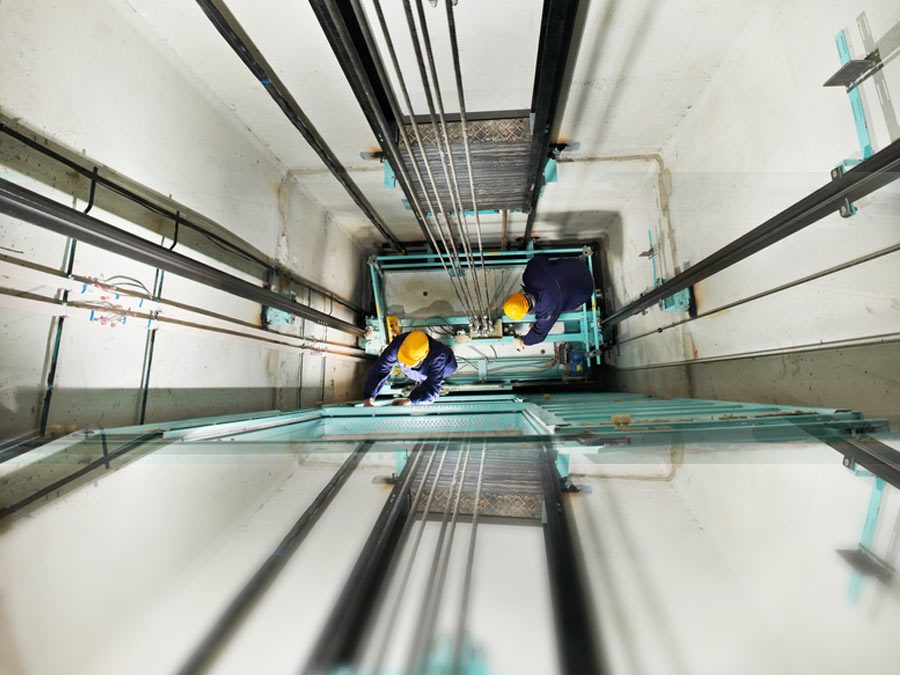 The elevator is now an indispensable comfort for a large number of Italians. The transition from agrarian society to an industrial one that has characterized the post-war resulted also building highly developed buildings in height, in which the presence of devices designed for vertical transport of people and things is pretty much a requirement. Italy has responded enthusiastically to the real revolution imposed by the new situation, so much so that our country sees the presence of an impressive number of elevators, over one million. A fact that makes the boot a real world record holder, coming in at one fifth of the figure for the systems installed in Europe.
Naturally, the exceptional development that has continued incessantly up until now has posed a series of problems relating to the legislation, with particular reference to the aspects concerning the safety of elevators. Which, for example, must be certified before being put on the market. The directive that makes the text is in this case the DPR 162 of 1999, which obliges to follow certain criteria in terms of design, construction and installation. 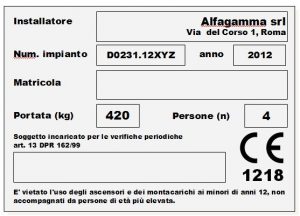 To be able to work regularly, an elevator must have CE certification. This is required by directive 2014/33 / UE , which establishes the posts within which it is necessary to move. In particular, the CE marking must be affixed in a completely clear and visible manner on each lift car and on each of the safety components. It must be released by an authorized installer, who is responsible for the design, manufacture, installation and marketing of the lift. The editorial staff of the declaration of conformity must in particular take into account the requirements provided for in the reference annex and a copy of it must be subject to storage for not less than 10 years , starting from the date of commercialization of the plant .
Naturally the conformity assessment procedures must be carried out by bodies which have been previously authorized and notified to the European Community . To be able to do so, it is necessary for them to have the minimum requirements indicated in the same directive.

Once an entity is assessed as being fit to operate, it can give rise to regular interventions aimed at maintaining the lift. The tests in this case are entrusted to technical engineering graduates equipped with authorization certificate issued by ARPA exclusive jurisdiction, community workers with equivalent expertise or by llecompanies that are enabled. The periodic inspections take place every two years and are aimed at ascertaining that the parties to which depends on the operational safety of the plant are in conditions of efficiency or not. Furthermore, the appointees must confirm the regular operation of the safety devices and compliance with the provisions that may have been issued during the previous verifications. Once the procedure will be terminated, the completed report must be released with the results of the verification to the owner, as well as to the ditt responsible for maintenance. The same must also be forwarded to the competent municipal office , which will in turn act on the basis of the statement .

It should also be emphasized as p roprio the outcome of the periodic verification can result therefrom the need to give life to a further verification , this time of an extraordinary nature. It is the article 14 of the DPR 162/99, to establish how the extraordinary verifications should be performed in three particular cases:

Also this procedure must be carried out by the professional figures mentioned in the case of the periodic verification and the consequent expense is the sole responsibility of the owner. In particular, the occurrence of an extraordinary occurs resulting in the negative outcome of the periodic must lead to the production of a final report which will be highlighted by the thread and sign the removal of the causes which had led to the rejection.