External lift shaft structure: is it still possible to install it if the condominium does not want to?

Cab lift assembly: how much can it cost? 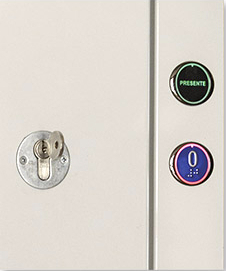 The elevator is a constant presence in the life of Italians, in particular those who live in very high buildings, where the problem of favoring the vertical transport of people and things is presented. A pressing problem especially for those who may have entered the old age or have mobility problems and could see compromised the quality of his life every day where there was not this precious aid. A consideration which has made possible confirmation over the decades of the great appeal between Italians and elevators, making our country the true homeland of vertical transport on the platform.

Naturally, the presence of a very high number of lifts, over a million along the whole of the peninsular territory (almost 10% of the entire world sector), has forced the authorities to become more and more interested in the security problem. In fact, it is not rare cases in which the malfunctioning of plants or sudden breakdowns can give rise to accidents in which the safety of passengers is seriously jeopardized, triggering complaints that will be called upon to answer to the owners of the plants.
From this point of view it should be remembered that the elevators must undergo maintenance and periodic checks, to be entrusted to qualified technicians. In case they go to identify the existence of problems such as to involve dangers, they are required to notify the owner (or in any case the manager) and the competent authorities. All this on the basis of the recent European regulations, which were accepted by the decree law 23 issued on January 10, 2017, which made changes to the decree 162 issued by the President of the Republic on April 30, 1999. The new lift regulations, as was renamed by insiders, it went into practice to implement the directive 33 approved by the EU in 2014 with regard to safety components and lift operation.

The cabin keys in the elevator

Among the factors that can also significantly implement the safety level of the lifts, there are also the keys. For example, those anti-intrusion on the door knocker, thanks to which only those who own the key can enter the elevator cabin, or those of enabling in the cabin, which makes it possible to use it only by the owners. The usefulness of these measures is certainly very high, since on the one hand it can prevent the entry into the system to unknown people and on the other hand avoid that for example the bad guys can use the elevator for their particular purposes.
In addition to those that are used inside the elevator cabin, it should also be remembered the possibility of using the keys also for enabling the floor allowing only the owners of the same, perhaps with a lock equipped with encryption, to be able to call plan the means of transport.
The decision to equip each condominium with a key to be able to use the elevator, meets safety criteria also in relation to the improper use of the system that could be done by strangers, perhaps during the course of removals or other operations during which the improvised user could underestimate the need to adhere to rules of behavior aimed at preserving their safety. Precisely for this reason a solution of this kind begins to make its way into many condominiums who prefer to minimize the possibility of situations in which the inhabitants of the building could be called to respond in civil court for risky behaviors put in place from strangers.