In the elevator sector, Italy is a real case worldwide. In fact, in our country there are around 125,000 new elevators and 3,500 escalators and moving walkways that are installed every year, consolidating the record held for a long time now . These are new plants which go to differentiate from the previous non-sol or tantfor technological innovation that distinguishes them, but also for the high energy efficiency put on display. Considering how in Italy there are installed about a million elevators ( in practice one fifth of those existing in the Old Continent), which consume almost 2 TWh per year , we can understand how we look at our country with extreme care, when decides to legislate in this field .
To better understand the importance of this aspect, it is necessary to know that a traditional system, which is installed in a low traffic building, is expected to re consumes most of the energy precisely at the stage where it is not in service . As an example, just remember how an elevator installed in a five-story buildinglike a low-traffic shopping or residential center , is intended to re accomplishes about 200 stops in the course of a day, using about a ‘time, but remaining unused for the remaining 23, when in stand-by conditions goes to absorb about 70% of the total electricity, however, having to provide to lighting and other tasks .One problem however is knocked out and no new imp IANTI, provided that they have been achieved if gue ndo req minimum sustainability uisiti. If an elevator can require between 3 and 5% of a building’s electrical dream, new technologies can reduce consumption almost to zero . 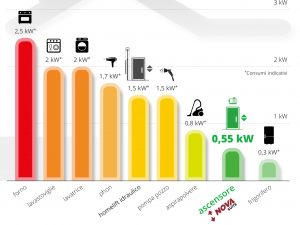 energy Efficiency of lifts: what the law says

It is the legislation that exists at national and EU level that indicates the main energy efficiency requirements how long regards the elevators . The starting point in this segment is represented by Directive 31 enacted in 2010 and implemented in Italy by Decree Law 63 issued in 2013, subsequently converted into Law 90 of the same year. Other regulations to be considered are the Legislative Decree 28 of 2011 that deals with the issue of renewable sources and the decree 102 of 2014 with which EU Directive 27 of 2012 was implemented , establishing a framework of measures intended for to improve energy efficiency in order to contribute to the achievement de the objectives set in the so-called 20-20-20 directive, that is the results that should reduce harmful emissions in the continental area by 2020. Finally, we must remember the Ministerial Decree of 26 June 2015, which contains the national guidelines for the certification of residential and non-residential buildings.

As we have seen, therefore, much of the consumption of a lift occurs when it is not active. A consequence of the fact that as many as 60% of those that have been installed in our country are not equipped with modern technologies, the only ones that can cope with waste, managing to reduce consumption levels by about 35% compared to the more obsolete ones . A road, that of research and investment in new technologies, which has involved all the major Italian brands, with good results, at least according to available data. If in fact the Europe, the more than 4 and a half million lifts installed reach a consumption of 18-19 TWh ,even at a share of the annual electricity consumption that is about 4% of the total, ENEA attests instead the consumption of Italian elevators at 2 TWh . In practice the quota would reach little less than 1% of the annual electricity requirement, the equivalent of the electric consumption of almost 700 thousand homes.
Precisely the data mentioned push experts to believe that it is possible to achieve significant results in terms of energy saving , in the order of 50-60%. A result that could be achieved intervening massively with different technologies already on the market . The reference is in particular LEDs, electric motors with high efficiency, to the turning off of non-essential components which however provide a significant contribution to the stand-by consumption when the lift is not in use, and to variable speed drives .
In this sense, it is sufficient to think of the system presented by Thyssenkrupp Elevator during the Energy Efficiency Global Forum, an annual event held in Washington, focused on the concept of recovering electricity in order to convert it into speed and virtually eliminate electricity consumption. in the elevators. The system consists of a control panel that integrates with the components already present in the elevation systems, even where the products are dated, which allows the recovery of energy by means of a regenerative inverter during the braking and a little photovoltaic panel largest cab. To increase the energy efficiency of the system is in this case the presence of intelligent sensors which provide to enter the “stand-by” or ” Hibernate ” mode just to drastically reduce consumption. A solution that has been tested in an old building in Boston, the headquarters of the Fraunhofer USA Center fo r Sustainability Energy System, only to be installed also inside the One World Trade Center in New York, where the elevators are able to regenerate a quantity of energy with which it becomes possible to power the entire lighting system.