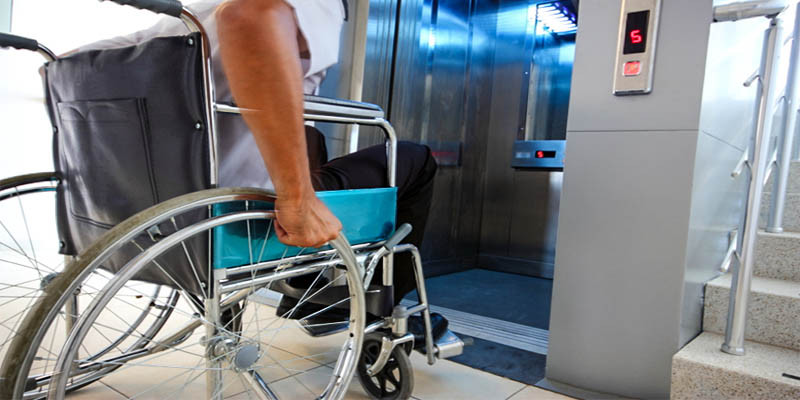 Disability is an extremely delicate subject, especially in a country like ours where delays in eliminating architectural barriers continue to cause considerable debate. It is enough in fact to browse the news that every day comes from the most disparate corners of our territory to understand how it is a problem still far from the solution, also in the light of the available statistics. Suffice it to recall in this sense that many of the approximately 8,000 municipalities located along the peninsula have never approved the so-called PEBA ( Plans for the Elimination of Architectural Barriers ) approved way back in 1992 precisely to facilitate the movement of people with motor disabilities.
A theme that does not only concern public buildings, but also private ones. So much so as to have pushed the legislator to tackle the subject of elevator construction with particular emphasis on the need to prepare the best possible conditions to facilitate their movement even within the condominiums. 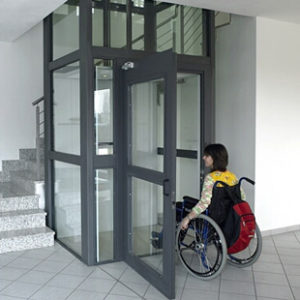 What does the law say?

When examining the possibility of installing an elevator that can facilitate the transport of a disabled person within a condominium, it is important to keep in mind what is established by law. The normative reference that makes text is the dm 236 issued in 1989, which provides first of all to establish an indispensable point: the elevator must in fact be having a cabin whose minimum dimensions make it possible to enjoy it even by a burdened user from motor problems, in particular those forced on a wheelchair. Furthermore, the doors of the cabin and of the floor must be of the automatic type and have such dimensions as to allow easy use even by disabled persons.
The legislation then states that the opening and closing times of the doors must be able to guarantee a comfortable and easy access. Finally, the requirement relating to the control panels, for which the principle is established that they must have the highest command located at a height reachable even by those who are forced to move with the aid of a wheelchair, allowing the use also to blind people.
If this is the reference legislation, the legal provisions regarding interventions aimed at overcoming architectural barriers, on the so – called common parts of condominiums , should be mentioned .

The first issue to address when discussing the installation of a lift for the disabled in a condominium is that relating to the planned condominium majority. It is precisely the law that establishes that in order to install a lift on a common condominium area, with the aim of eliminating architectural barriers, it is necessary that the innovation be approved by the assembly with the majority indicated in article 1136 , paragraphs 2 and 3 of the Civil Code. If this resolution is contrary or otherwise it has been omitted within the term of three months from the advanced written request , the works can be carried out at the expense of thedisabled person, who is however required to observe the limits set by articles 1120 and 1121 of the same Civil Code , as indeed prescribed by paragraph 3 of article 2 of law n. 13 dating back to 1989 . The limits in question are those that make such innovations impractical that it is impossible to use certain common parts of the building even for a single condominium. To determine a solution of this kind it was the Supreme Court in its judgment 21339 enacted in 2017, which has established itself as the lift installation to a disabled person becomes illegitimate if it goes from to preclude the enjoyment of the common good, even from a single condominium. The case in question had seen the appeal of an entire condominium against the sentence of the Court of Appeal of Turin which had given reason to a condominium which would have been prevented from using the landing just because of the installation of a plant intended to facilitate the movement of the handicapped.