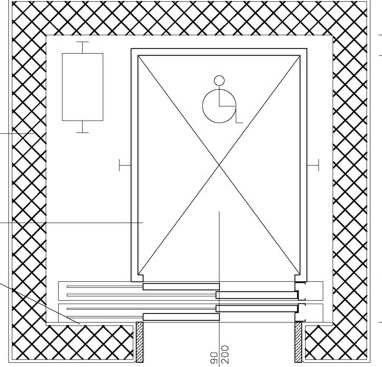 The elevators in our country are very large, one of the largest in the world. In addition to being vast, however, it is also among the oldest ever. According to a research by Thyssenkrupp Elevator Italia, there are currently 463 thousand buildings along the peninsula equipped with platforms for vertical transport of people and goods, one for every 170 people. A number that is however considered very defective by other sources, according to which the lifts in Italy would be more than double. The regional record belongs to Liguria, where there would be one for every 70 inhabitants, with the extreme case represented by the province of Savona, where the ratio would be one for every 56 people.
However, there is another very interesting fact in this study , that concerning the seniority of tricolor elevating machines, which in 40% of cases exceeds 30 years. 60% of them , then, is devoid of life-saving, with g them impi anti installed before 1999 that are devoid of technologies aimed at providing the minimum required security level from New Lifts Directive 2014/33 / EU. Among them we remember the emergency call, the automatic closing of the doors and the live between floor and cabin, devices that can be fundamental in the prevention of more or less serious accidents.
The seniority of many elevators makes it necessary to replace them with new ones. The installation of the lift is the object of a very precise regulation , which we are now going to see in detail.

What the Civil Code says

The adoption of a new plant can give rise to controversies when it is a condominium that has to decide. The starting point, when dealing with the topic of the installation of the lift and the regulation that regulates it , is the Civil Code, which deals with the subject in an articulated manner. In particular, the 1136 article states that the elevator goes to falls kings in the category of innovations and in consequence of this in a building , in order to proceed to its installation , the majority required by the same must be taken. Before proceeding, however, it is required the preparation of an instrumental relationship , as a result of which it is possible to ascertain the severity of the task and establish a framework of rules in order to avoid that in the course of the work it can cause damage to the individual properties of the individual blocks.

A very special aspect, when dealing with the subject of elevator installation and its regulations, is then represented by the demolition of architectural barriers. This is a very delicate subject , precisely because it touches the rights of people who have no freedom of movement and whose quality of life can be affected by the existence of obstacles that prove insurmountable.
To address the issue, again with regard to the condominium, is the Law 13 of 1989 , which states that if it refuses to deliberate within three months from the presentation of the formal request for the demolition of architectural barriers, interested parties can proceed without delay to the installation , at his own expense of scensori, systems of elevation and in any case mobile structures capable of being able to be easily removed, as well as agevol ar and access to the plant. A modus operandi that can be adopted even if it involves the reduction in the width of the condominium stairs . Moreover, a sentence of the Court of Cassation, the 16846, issued during a trial held in 2015, sanctions it . 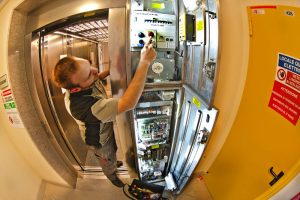 What happens to the cost allocation ?

One of the issues that can lead to real disputes within the condominium is of course the allocation of expenses. Also in this case, the Civil Code, which dedicates article 1124 to the topic , also extends to the elevators the criteria adopted for the stairs . In practice, therefore, the costs to be incurred for the installation of a plant for the lifting of things and people must be borne by the owners of the property units served by the plant: half due to the value of the individual property units, while the rest should be allocated in proportion to the height d of each floor to the ground. Plans also include the differences in height created by cellars, attics, dead boxes, roof rooms and flat roofs, where they are not common property. Another case is that related to the installation of a plant after the building of the condominium. In this circumstance, the procedure requires that  the proposal be treated by the assembly as ” in heavy novation or voluptuous ” . A classification which results in the application of what is specified in d ell’articolo 1121 of the Civil Code, which requires a majority for its approval equivalent to the majority of those participating , this , however, to bring the total to at least two third parties in relation to the value of the building. Where the installation of the elevator in the condominium then aims to eliminate architectural barriers, it is still Article 1120 of the Civil Code that indicates the need to reach the majority of the participants and at least half of the value of the building, first convocation, or the majority of those present and one third of the value of the building, during the second call.

Another case in itself is that relating to the installation of an external system , a type of system that has received considerable approval in recent years, driven by the validity of the solutions proposed by the companies, capable of mixing functionality and aesthetics in the best possible way. When it becomes necessary to install a lift similar to the legislation of reference is the Ministerial Decree of 2 March 2018. Based on what it willing , in these cases it does not require any authorization not only with regard to the installation, but also for the repair, replacement, renewal and retrofitting of this type of plant. Lastly, Legislative Decree 222 of 2016 should be recalled , which will establish that in the case of interventions aimed at eliminating architectural barriers, which lead to the installation of external lifts or artefacts that could alter the outline of the building, must be developed through CILA, ie of the Communication Start Works asseverata.

The elevators in our country are very large, one of the largest in the world. In addition to being vast, however, it is also among the oldest ever. According to a research by Thyssenkrupp Elevator Italia, there are currently 463 thousand buildings along the peninsula equipped with platforms for vertical transport of people and goods, one for every 170 people. A number that is however considered very defective by other sources, according to which the lifts in Italy would be more than double. The regional record belongs to Liguria, where there would be one for every 70 inhabitants, with the extreme case represented by the province of Savona, where the ratio would be one…
Regulatory elevator installation
Regulatory elevator installation
Michele Russo
Un ottimo articolo sulla normativa degli ascensori