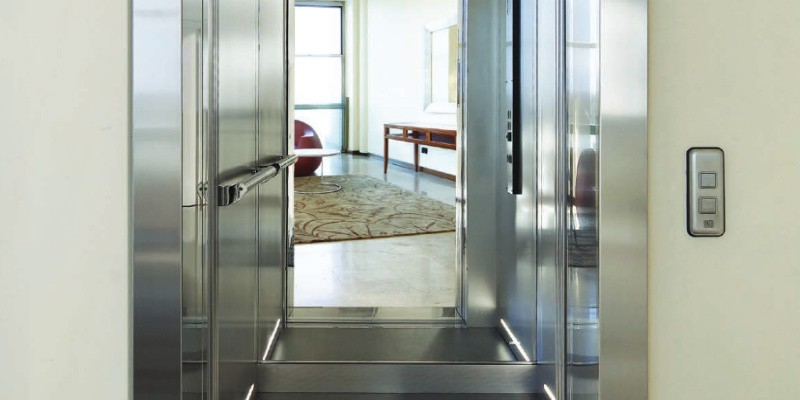 That of architectural barriers continues to be a significant problem in our country. In Italy, there are about 4 million disabled people, at least according to the latest statistics available , a very large number of people who unfortunately cannot find adequate responses from institutions to their problems. So much to push the United Nations Organization (UN) to denounce the deadly mix between the scarce funds dedicated to the disabled , the discriminatory climate and above all the presence of a large number of architectural barriers . A competition of factors that contravenes the UN Convention on the Rights of Persons with Disabilities dating back to 2006 and approved in Italy three years later. It should also be added to the framework of the non-fulfillment of the r May 8 thousand Italian municipalities who have never been able to approve the so-called PEBA, or the Elimination of Architectural Barriers Plans, provided tools since 1992 with the specific intention of monitoring, design and plan interventions aimed at achieving an optimal usability threshold for buildings for all citizens .
As a consequence of this it is still too frequent the case of public and private buildings, where there are serious impediments to the use of the spaces, extended also to those with motor or physical handicaps in the form of accesses, entrances, doors, floors, toilets , elevators, heights of various elements that prove not to be usable for those who have temporary problems such as a limb in a cast . It is only slightly better in schools, where on the basis of data provided by the Ministry of Education, architectural barriers were removed by 74.5% of school buildings , a figure that is hoped to improve in the near future.
Classic examples of architectural barriers are considered the steps, the too narrow doors , the excessive slopes and the reduced spaces. Just the latter represent one of the problems that can prevent the use of elevators for the disabled, Let’s look more closely at the picture.

When we talk about lifts we must always start from a fact, that is the legislation in force in this regard in our country. The relevant law is in particular the ministerial decree n. 236 of 14/06/1989 issued by the Ministry of Public Works, which contains information on the minimum dimensions of an elevator, the overcoming and elimination of architectural barriers and much more. A law that starts from an unavoidable assumption on the basis of which all the systems used for the vertical lifting of things and people must be designed and implemented in order to allow access to subjects such as the elderly and individuals with disabilities and reduced motor skills.
Regarding the size of the lift for disabled people , they may vary based on the specific individual cases that may arise from time to time . In the event that the lift should be installed in a new building , its measurements may be different from those needed for a plant to be built inside a building that already exists. Thevariations can also exist in the case of a residential property , compared to a public one. In this case the laws of reference are the DPR503 of 24 July 1996 , valid for the whole of Italy with the single exception of Lombardy, and the regional law n.6 of 20 February 1989 , valid only for the same. 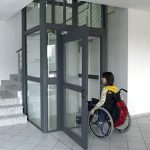 Returning to the law that provides for the elimination of architectural barriers , it is precisely the obligation to install elevators in the presence of structures with more than three floors above ground. The systems in question, in turn, must be able to guarantee the maximum ease of movement and transport and in order to do so they must be designed with the starting objective always in mind, to which the structural characteristics must be adapted , starting from the d IZE to be taken by the cabin lifts for the disabled. In the case of new buildings, a distinction must be made between residential and non-residential buildings: in thesecond case the project must include the presence of lift platforms equipped with cabins that have a minimum depth of 140 per 110 centimeters in width and doors equipped with a light of at least 80 centimeters , while the free space in front of the cabin must reach a minimum of 150×150 centimeters; where the case arises instead of new buildings for residential use, the d IZE the cabin of elevators for the disabled must cor respond to 130 centimeters in depth to 95 wide, there remain d or instead unchanged compared to the case of non-residential buildings the measures that must be taken to the light of the doors and the free space in front of the cabin.
Finally, the case concerning the dimension of the cabin in the elevators for the disabled for the systems that must be installed inside an existing building, an eventuality for which the reference measurements will be slightly lower than those previously indicated, reaching a depth of 120 centimeters for 80 of width, with clear light of 75 centimeters and minimum space in front of the cabin that must reach the 140 x140 centimeters .

Where can a handicap lift be installed?

As we have already seen, the law is not limited only to fixing the dimension that must characterize a cabin in the elevators for the disabled , but also establishes an installation obligation in the case of buildings with over three levels above ground. It should also be remembered how it is possible to assess whether it is appropriate or not to the installation of an elevator capable of being suitable for the transport of the disabled also in buildings that boast a smaller number of floors or surfaces in private homes.
Also in this case the reference measures change depending on whether it is a pre-existing building or a new one. In the first case the dimensions of a lift capable of proving to be suitable for the vertical lifting of disabled people and people with reduced mobility are slightly lower, since the depth of the cabin must reach at least 120 centimeters , the width not less than 80 centimeters , the the 75 light clear , while the minimum space in front of the cabin must always stand at 140 × 140 centimeters .