Restoration of lift cabins: what is it?

External lift shaft structure: is it still possible to install it if the condominium does not want to?

Lift replacement: when it becomes necessary 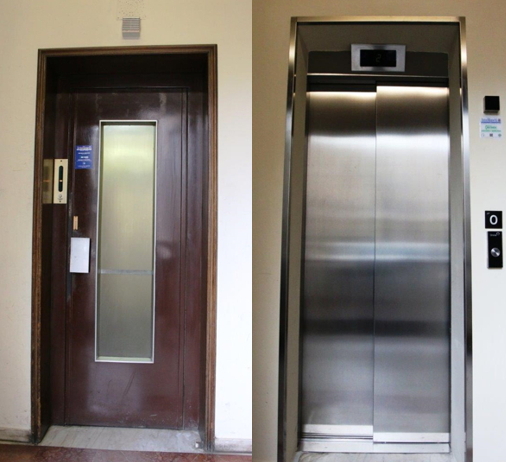 Nowadays in Italy there are very few condominiums that do not have a lift. Not only the new buildings, but also the older ones, unless there are architectural contraindications, tend to provide mechanical means designed to transport things and people.

Sometimes, however, for example, when the existing one is too old, there is a need to replace the elevator, as its faulty operation could pose a danger to users and the frequent need for interventions makes it too expensive to manage. It is enough to make quick calculations, to understand how in these cases the replacement of the lift is able to reveal itself at the bottom of the least expensive solution. Furthermore, the lift adjustment can succeed in conferring an increase in value on the properties concerned, especially where the replacement is done in a workmanlike manner, making in fact what is presented as an expense a real investment. It should also be stressed that in some cases the entry into force of the new rules and the failure to comply with the rules on architectural barriers make a solution of this kind practically necessary.

Replacement lift: the allocation of expenses 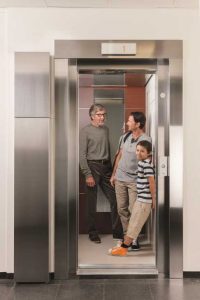 When it is decided to give life to the replacement of the lift, the rule that must be taken as reference is the 1124 of the Civil Code, which states that the expense which follows should be shared between the condominiums for half because of the value of the units real estate and for the other exclusively proportional to the height of each floor from the ground, based on what is called the lift table. Logically, this increases the expense of the condominiums located on the upper floors, based on a reasoning that identifies in the upper floors the main ones responsible for the unexpected wear and tear of the elevator.

To confirm it is also a sentence issued by the Court of Cassation on March 25, 2004, number 5975, according to which the principle that indicates the allocation of condominium expenses in relation to the replacement of the lift must take the same path as those relating to maintenance and reconstruction of the stairs.

Elevator installation: the reference article is 1123

The case is different in that the condominium decides to install an elevator inside, eventuality for which the reference article of the Civil Code becomes 1123, which provides instead the payment of expenses depending on the value of the single apartment , unless otherwise agreed, or a condominium resolution such as to provide otherwise.

A circumstance to be held in due account, given that precisely the discrepancy of judgment in this regard is likely to trigger quarrels between the condominiums such as to eventually lead to an appeal to the judiciary that instead could easily be avoided by referring to the extensive existing jurisprudence .

The modernization of the lift, that is the replacement of the existing one, represents in practice an integral restructuring, during which only some structural elements will be maintained, ie the shaft, the machine room, the cabin guides and the counterweight. While all electrical and mechanical equipment will be replaced, thus creating a plant capable of responding to the most modern technologies, guaranteeing an easier and more comfortable use and, above all, better adapted to the new safety regulations, in particular those outlined by the new regulation launched in 2017.