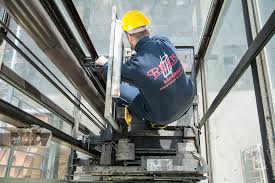 The existence in our country of the highest number of platforms for the vertical transport of people and things in the world, poses a series of problems of no small importance, above all in relation to the discourse related to safety.
Meanwhile we remember that s i intends to lift a motor unit to delegate to his colleague chin of planes defined by a cabin that provides to move rsi along rigid guides and whose inclination to the horizontal exceeds 15 degrees, intended for the transport of persons, partnerships and things, or just things in case the cabinis accessible, or if a person can enter it without encountering difficulties and operate the controls placed inside it, within his reach .
While for freight elevators we mean l ‘flow motor unit not less than 25 Kg thanks to which it is possible to connect king planes defined by means of a cabin which occurs along rigid guides moves chin and whose inclination to the horizontal exceeds 15 degrees, in turn dest inata for the transport of things only andinaccessible, without commands.
In both cases it is in any case necessary to enjoy the authorization issued by the Municipality for the commissioning of a private nature, in addition to that issued by the ASL in relation to the periodic checks aimed at certifying its safety. If the design, manufacture, installation and co mmercializzazione plant entrusted tothe responsibility of all, to the owner of the building, or its legal representative, it is entrusted the direct respon sibility of the system installed, which obliges it to undergo regular maintenance and a two-year periodic inspection .

The first legislative reference to be taken into consideration is the Presidential Decree n. 214 of October 5, 2010 (published in Official Gazette no. 292/2010), who has made changes to the Presidential Decree no. 162 of 30 April 1999, issued for the purpose of implementing Directive 95/16 / EC. The new rules, whichcame into force on 3 December 2010, apply to lifts in permanent use in buildings and to safety officers employed, as well as to lifting equipment whose journey takes place in defined path spaces even in the absence of rigid guides. The following are excluded:
– lifting appliances fitted with a ve locita displacement not exceeding 0.15 m / s, from which they can be carried out special processes (eg the mobile platforms used in the renovation of buildings or the baskets on cranes ), the scenic platforms used in the entertainment world, installed in means of transport and thoseconnected to a machine and intended exclusively for access to workplaces ;
– construction site lifts , those designed and built for military or public order purposes , which are used in mine shafts ;
– cableway installations ;
– rack trains;
– stairs and moving walkways.

As for testing the legislation it provides for the predisp osition de l “technical file” of the plant, called a contener and: 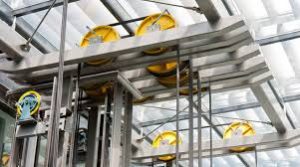 Once this file has been examined successfully, we must move on to the inspection , which is carried out to the engineer and to the installer, intent on execution of all the exams, tests and checks required. In the event that the inspection proves satisfactory, it is up to the installer to assign his identification number beside the CE marking and fill in the Ce examination certificate to then sign the implant registry. In the other case, instead, it will have to solve the critical issues that emerged in view of a new inspection.
The verification activity on the plant is then regulated by the art. 26 , Legislative Decree no. 81/2008, which provides that the installer should always provide detailed information on the possible risks existing in the environment in which they are called to work preparing the technical prevention measures and emergencyrequests.
As far as operating it is concerned , within 10 days from the date of the declaration of conformity the owner (or his legal representative) is obliged to communicate the inspection to the competent Municipality for the territory. The communication sent must contain the address of the building in which the system is installed, the speed, the range, the run, the number of the calls and the type of operation of the same, the name or company name of the installer of the lift or the elevator builder, a copy of the declaration of conformity must be indicated the authorized company entrusted with the task of performing maintenance and the name of the person responsible for carrying out periodic inspections of the plant upon acceptance of the assignment . If the communication is not forwarded, it is impossible to activate and keep the system in service.

Presidential Decree 214/2010 then deals with the related topic to the conservation of the plant and its normal functioning, that is the maintenance, which must be entrusted by the owner or his legal representative to a technician equipped with regular authorization issued by the prefect or a company that has it. At themaintainer, it is the task of checking the regular operation of mechanical, hydraulic and electrical devices with particular emphasis on the bit rte of plans and locks, the chains and ropes and give life to cleaning and lubrication of the parts of the conservation state.
At least twice a year for the elevators and one for hoists must then verify integrity and king d parachute efficiency, of the speed limiter and other safety devices, do the same operation with ropes and chains and check l ‘ insulation of the electrical system and efficiency of the connections with the earth. Once the operations are completed, he will then have to write it all down in the booklet.