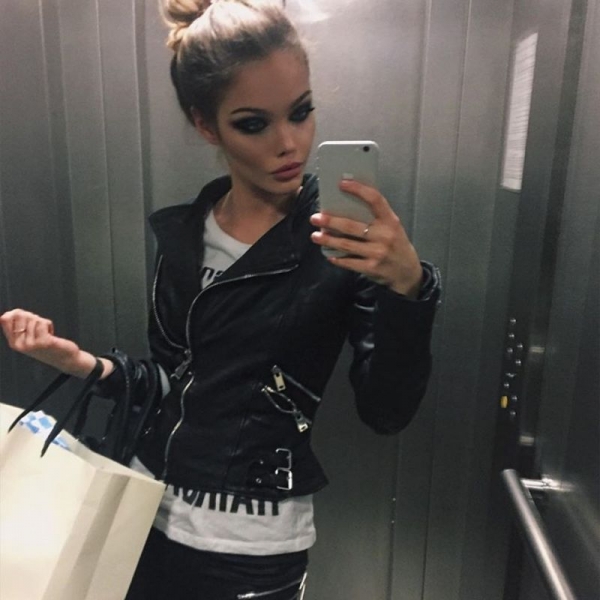 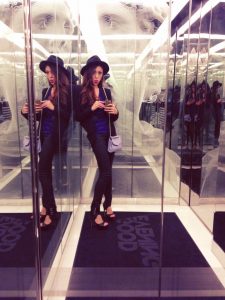 It’s nothing new that the selfie has become a widespread viral phenomenon, more and more people identify the lift as an ideal place for awesome self-portraits. What are the advantages of photographing yourself in this “cabin of vanity”?

Whether to wish good day, take a photo of yourself all done up to go out, or to excite your followers’ curiosity on your plans for the day, the tendency to take selfies in the lift is a real trend on social media, where the “elevatorselfie” hashtag has over 221,000 hits. So the next time you get in a lift on your own, don’t renounce to a few moments of healthy egoism: you’re in the right place. Celebrity selfi es Taking selfies has become a fashion that also includes show business: there’s an everincreasing number of stars who never miss the opportunity of showing themselves to their followers, between one film set and another, or between fashion shows or social events. Self-portraits have existed for many years, but generally became much more widespread in 2010 when the iPhone 4 came out, which brought with it a major novelty, namely the internal camera: thanks to this feature, users around the world have multiplied the sharing of their shots, spreading the phenomenon to the point of the selfie becoming an outright communication tool. Even the most powerful men in the world have not resisted this trend, such as Pope Francis who had selfies taken with young people visiting the Vatican, or Barack Obama, who after his second victory in the presidential elections of 2012, celebrated with a selfie that achieved 778,801 tweets on Twitter. But the record achieved by the president was shattered in 2014, when during the night of the Oscars, celebrity host Ellen DeGeneres orchestrated a group selfie with world-famous actors and actresses (Bradley Cooper, Angelina Jolie, Brad Pitt, Julia Roberts, Meryl Streep, Kevin Spacey, Lupita Nyong’o, Jared Leto). 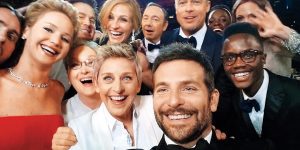