Arab Emirates: construction and future (also for the elevator sector) 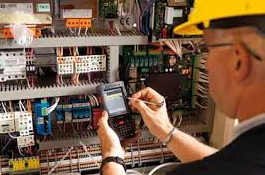 In Italy there are over one million elevators, around twenty percent of those existing throughout the old continent. An impressive number and such as to deliver to our country a world record at the moment unassailable. However, the presence of such a significant number of platforms for the vertical transfer of goods and people poses a significant series of problems, in particular linked to the safety profiles that must characterize the systems. In fact, it is not uncommon for accidents, sometimes even fatal, resulting from malfunctions and breakdowns, which periodically reopen the discussion on policies carried out at government level.
Why these controversies? The reason lies in the fact that most of the elevators installed in our country are now very dated, often going back to the immediate post-war period, when the reconstruction of the destroyed, damaged or damaged buildings was accompanied by the installation of what was then a machine revolutionary. Since then, decades have passed and many of these plants are now obsolete. The associations that bring together the companies that have been producing them for a long time have sounded the alarm, asking for the immediate replacement of the elevators that do not meet the safety standards established at the legislative level. A pressure motivated also by very specific interests, which however has not been heard in the political world, precisely because of the costs that could imply an obligation in this sense, which could be unsustainable in a period of economic crisis that does not want to leave. the field to the final recovery.
The institutions have instead decided to focus on a softer approach to the problem, focusing on maintenance aspects, trying to push those interested to pursue safety standards that can guarantee users and avoid scabrous situations. In this perspective, one of the most obvious problems is represented by the verifications to which the systems must be subjected, which can be periodic and extraordinary. Let’s look at the difference between the first and second, taking as a reference DPR 162 issued in 1999, precisely in order to regulate the matter with absolute clarity . 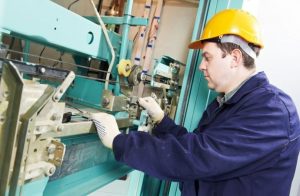 When it comes to periodic checks , it must be remembered that they must be biennial and must be carried out by engineering graduate technicians with a certificate of qualification issued by the competent ARPA, by community operators with equivalent specialization or by qualified companies. The gold the mainpurpose is to determine whether the parts to be some of which depends on the plant operational safety is anus in conditions of efficiency or less. Furthermore, the appointees must confirm the regular operation of the safety devices and compliance with any instructions given during the previous verifications. At the endof the procedure the report concerning the verification containing the outcome will be released to the owner, as well as to the company in charge of maintenance , which must be forwarded to the competent municipal office. The need to give birth to a similar procedure, this time of an extraordinary nature, can derive precisely from the outcome of the periodic verification. Let’s go see the reason.

According to Article 14 of Presidential Decree 162/99, extraordinary checks must be performed in three special cases:

Even the extraordinary verification is entrusted to the actors to whom the periodic ones are delegated and the financial weight falls to the owner. Where it is a consequence of the first described case, when drafting the final report must also show in detail the removal of the causes that had given rise to the negative outcome of the previous inspection.